Roman portrait bust of Emperor Hadrian, 117-138 AD excavated from the S. Barbiana region near the Station Terminus, Rome. Hadrian ( Publius Aelius Hadrianus Augustus) was Roman Emperor from 117 to 138. An enthusiastic builder Hadrian rebuilt the Pantheon and constructed the Temple of Venus and Roma as well as building Hadrian's Wall, which marked the northern limit of Roman Britain. His villa at Tivoli also showed Hadrian passion for water and Roman baths. Hadrian was regarded by some as a humanist and was philhellene in most of his tastes. He is regarded as one of the Five Good Emperors. The great love of his life was Antinous who died tragically and suspiciously when he drowned in the Nile. The National Roman Museum, Rome, Italy . 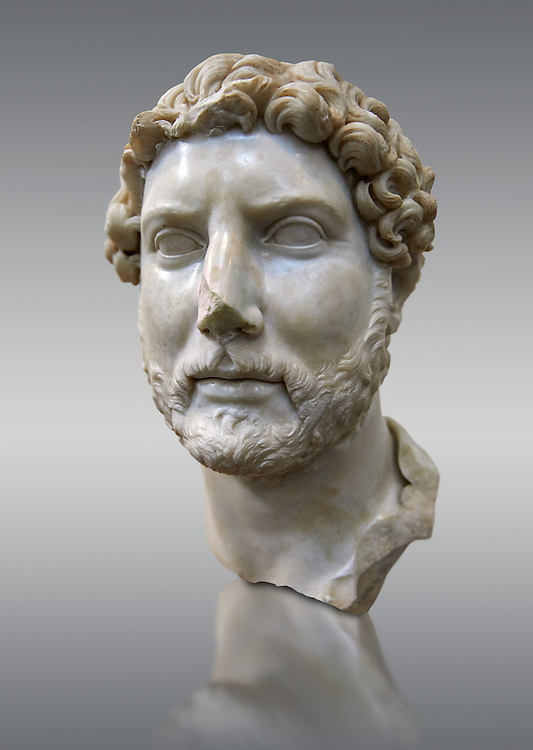