Long view across "la Gravina" ravine to the Sassi of Matera at sunrise, Basilicata, Italy. A UNESCO World Heritage site. 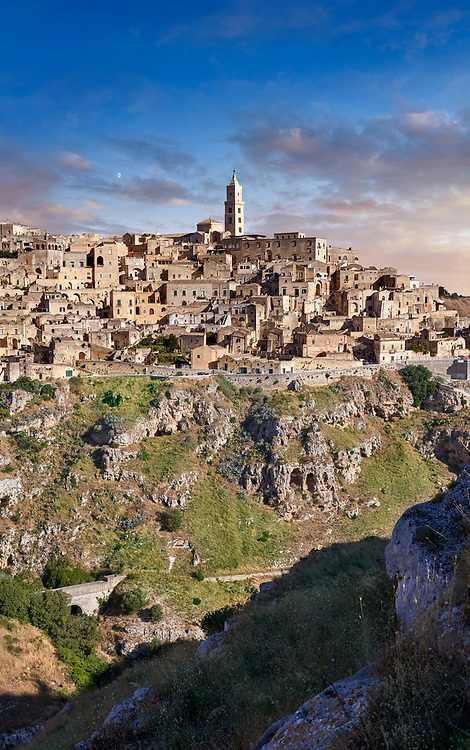