Roman sculpture bust of Marcus Aurelius Severus Antoninus Augustus better known as Caracalla, made between 210 and 213 AD and excavated from the via Cassia, Rome. The realism of this sculpture of Caracalla captures cruelty of the most notorious and unpleasant of emperors because of the massacres and persecutions he authorized and instigated throughout the Roman Empire. The eldest son of Septimius Severus, he reigned jointly with his father from 198 until Severus' death in 211. For a short time he then ruled jointly with his younger brother Geta until he had him murdered later in 211. Caracalla's reign was also notable for the Constitutio Antoniniana granting Roman citizenship to all freemen throughout the Roman Empire. While travelling from Edessa to continue the war with Parthia, he was assassinated while urinating at a roadside near Carrhae on 8 April 217, by Julius Martialis, an officer of his personal bodyguard who was possibly resentful at not being promoted to the rank of centurion. The National Roman Museum, Rome, Italy . 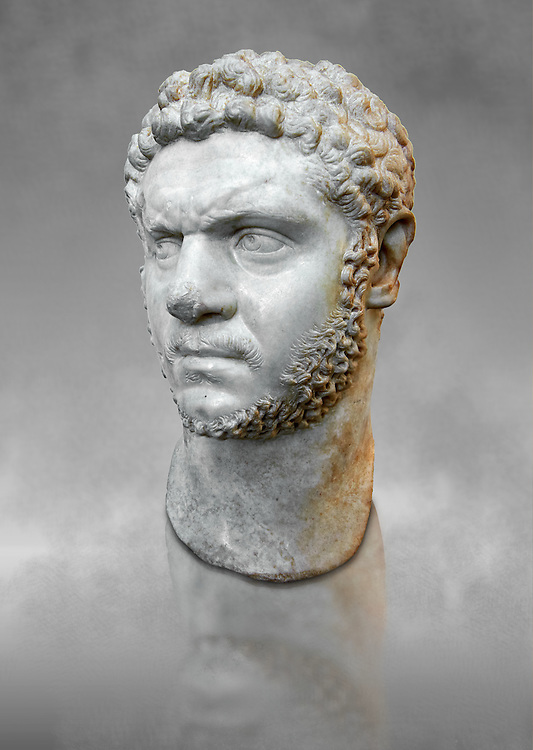