Pictures & images of the Church of the Transfiguration of Ikalto monastery was founded by Saint Zenon, one of the 13 Syrian Fathers, in the late 6th century. Near Telavi, Kakheti, Eastern Georgia (Country).

The Ikalto Monastery is famous for the Academy of Ikalto founded in the reign of King David the Builder by Arsen Ikaltoeli. The Academy of Ikalto trained its students in classical diciplins of rhetoric, astronomy, philosophy, geography, geometry as well as learning the skills of chantings, pottery and poetry. In the 12th century the Georgian poet Shota Rustaveli studied here. 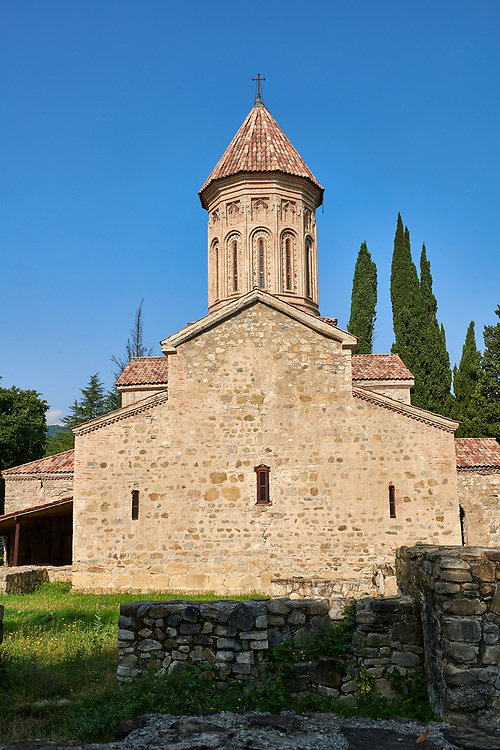