Roman statue in the nude hero style of Emperor Antoninus Pius, 138-161 AD. Titus Fulvius Aelius Hadrianus Antoninus Augustus Pius, also known as Antoninus, was Roman Emperor from 138 to 161. He was a member of the Nerva–Antonine dynasty and the Aurelii.[3]
He acquired the name Pius after his accession to the throne, either because he compelled the Senate to deify his adoptive father Hadrian, or because he had saved senators sentenced to death by Hadrian in his later years. The National Roman Museum, Rome, Italy 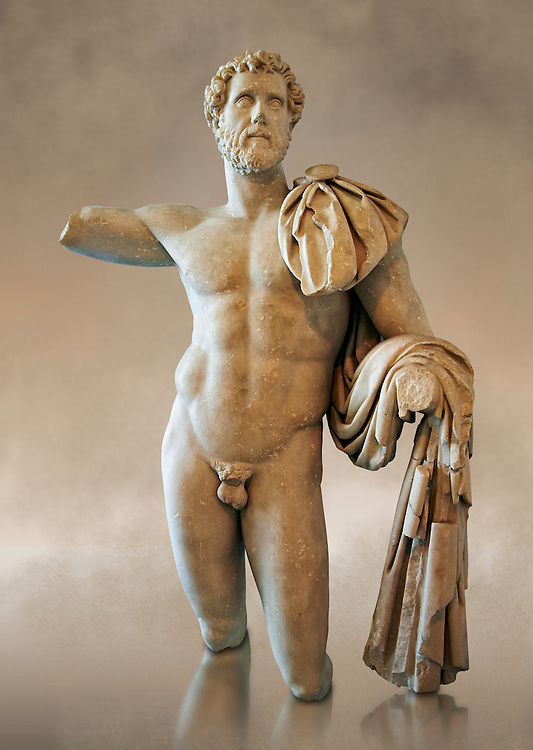