back to search results
Next


The Wedding of Dionysus and Ariadne Mosaic, which belongs to the House of Dionysus, is one of the most special mosaics around the world. In the scene, Dionysus and Ariadne are sitting on a sofa. There are three maenads, musician, the wedding god and two sirens around them. The mosaic gives the impression of a painting due to the rich variety of colors and luminous/shadow effects used. The fact that there are many figures within the mosaic and their high pictorial quality, on the other hand, makes the mosaic much more special. The House of Dionysus is the villa where a rescue excavation was conducted in 1992 upon the received intelligence telling that traffickers had been digging the area. After the excavations, the mosaic now you behold was unearthed along with some geometric mosaics. In terms of the exactness in the anatomy of the figures, the perspective, and the rich variety of colors it is among the most precious and important mosaic around the world.


The Museum had conducted activities in order to display the mosaic where it belongs and in a natural manner. However, such a big portion of the mosaic as two thirds was stolen by the historical artefact traffickers in 1998 from the place of display. The parts of the mosaic are not found yet. After the robbery, the remaining parts were transported to Gaziantep Museum and displayed after restoration. The stolen part of the mosaic was left blank. The searches continue in order to find the missing parts through the Interpol. 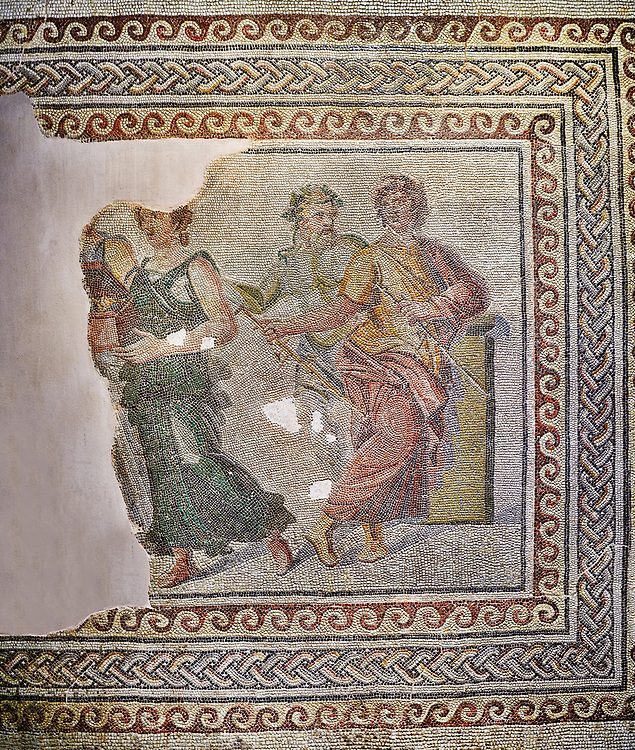