At the ancient heart of Matera are cave dwellings known as Sassi. As the fortunes of Matera failed the sassy became slum dwelling and the appalling living conditions became be the disgrace of Italy. From the 1970’s families were forcibly removed from the Sassi and rehoused in the new town of Matera. Today tourism has regenerated Matera and the sassi have been modernised and are lived in again making them probably the longest inhabited houses in the world dating back 9000 years. . 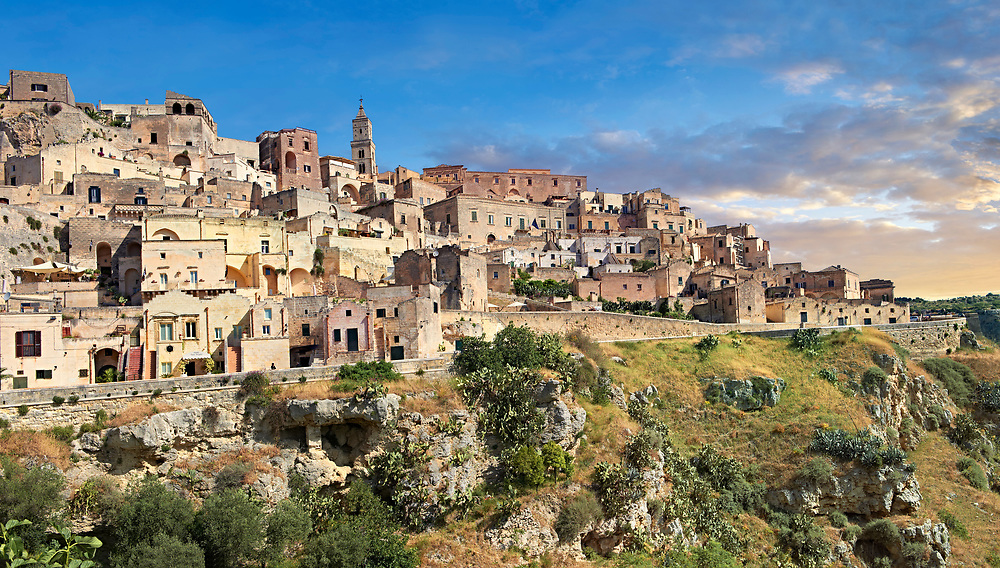