Roman mosaic of a Phoenix, From Daphne, a suburb of Antioch, Antakya, Turkey, 6th century AD. Marble blocks and glass paste cubes. The phoenix is a mythical bird associated with the sun. A phoenix obtains new life by arising from the ashes of its predecessor. The phoenix was subsequently adopted as a symbol in Early Christianity.In the mosaic it is perched rock above a background of rose buds and is bordered by a pair of facing rams. inv 3342, restored in 1936 by the Louvre Museum, Paris . 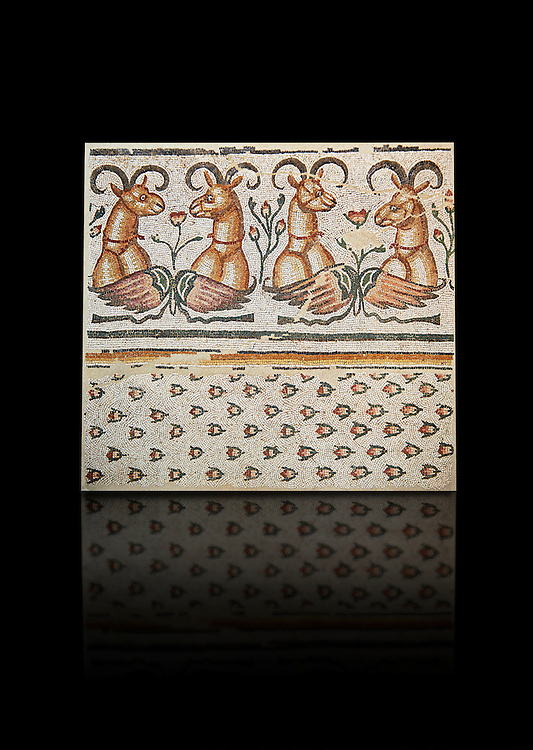