6th century Inscription of the great hall of the synagogue of Nam-Ham-mam-Lif in the Roman province of Africa Proconsularis, present day Tunisia. The mosaic floor of the vestibule (porticus) was an offering from Asterius son of Rusticus, the Head of the Jewish community who was working in the Naro jewellers trade. The mosaic reads in Latin "Asterius, filius Rustici, arcosinagogi, margaritari, (de d(onis) dei partemporticites-selavit". The Bardo National Museum, Tunis Tunisia. Against a white background. 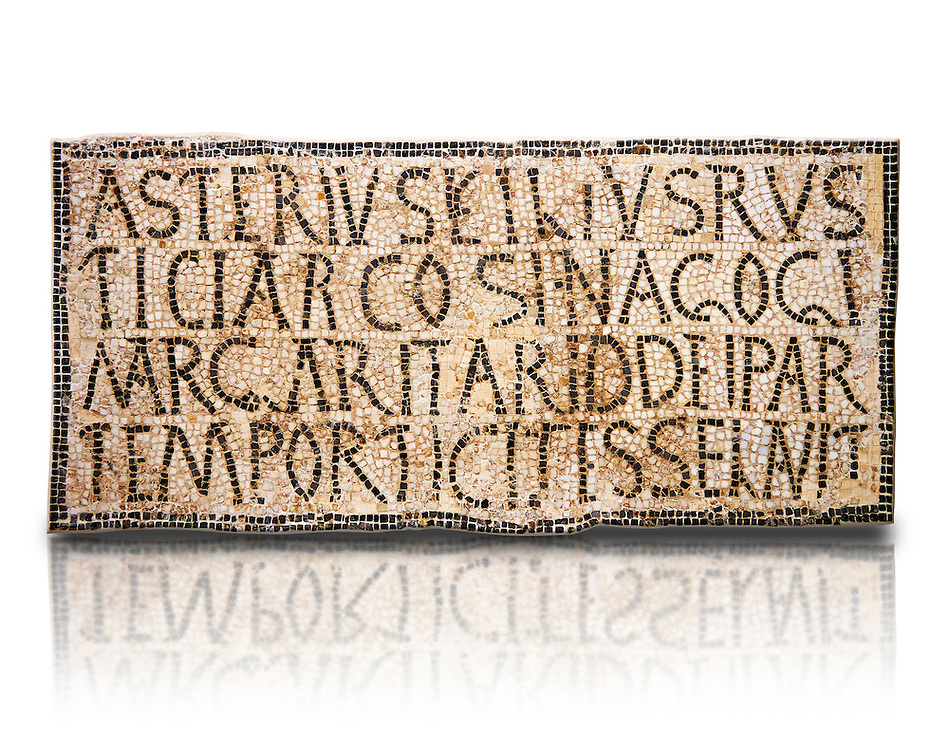