Gothic sculptures depicting the arrival in Amiens (1206) of a relic of Saint (st) John The Baptist from Constantinople brought by Richard de Gerberoy, and the beheading of John. Cathedral of Notre-Dame, Amiens, France. . The Cathedral Basilica of Our Lady of Amiens or simply Amiens Cathedral, is a Roman Catholic cathedral the seat of the Bishop of Amiens. It is situated on a slight ridge overlooking the River Somme in Amiens. Amiens Cathedral, was built almost entirely between 1220 and c. 1270, a remarkably short period of time for a Gothic cathedral, giving it an unusual unity of style. Amiens is a classic example of the High Gothic style of Gothic architecture. It also has some features of the later Rayonnant style in the enlarged high windows of the choir, added in the mid-1250s. Amiens Cathedra has been listed as a UNESCO World Heritage Site since 1981. Photos can be downloaded as Royalty Free photos or bought as photo art prints. 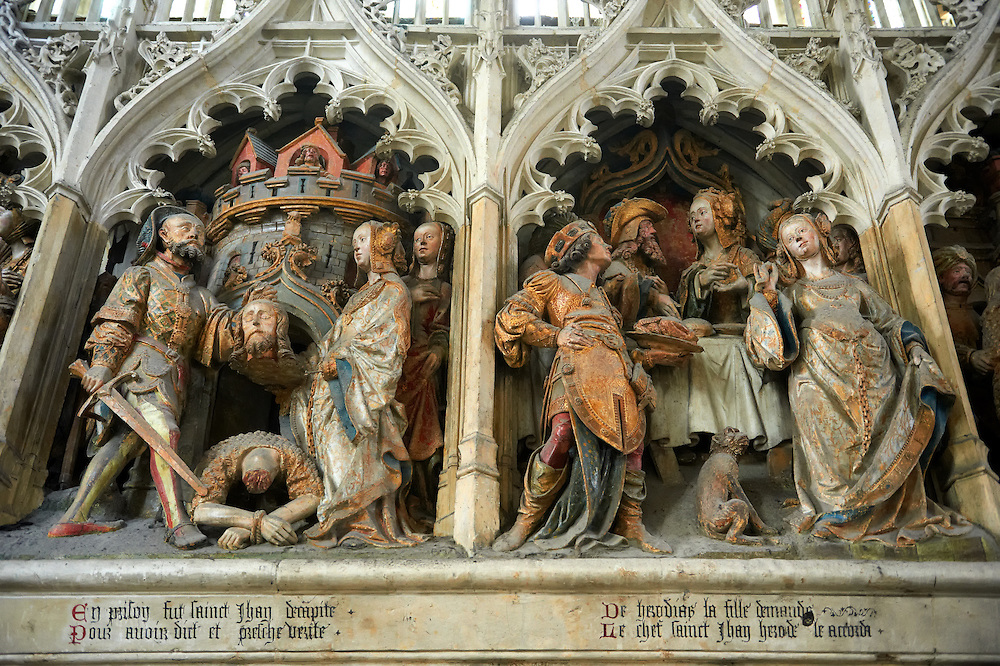