The expression of the Oceanos as not an ocean but a river surrounding the world: By that the water, which vapours with the heat of the sun and then gives life to the nature by becoming rain, and which after being used by the nature reaches again the sea via the rivers is expressed. The water becomes aware of itself and its function by that cycle. This phenomenon is represented in the mosaic panel as the diversification of Ocenaos through unification wit 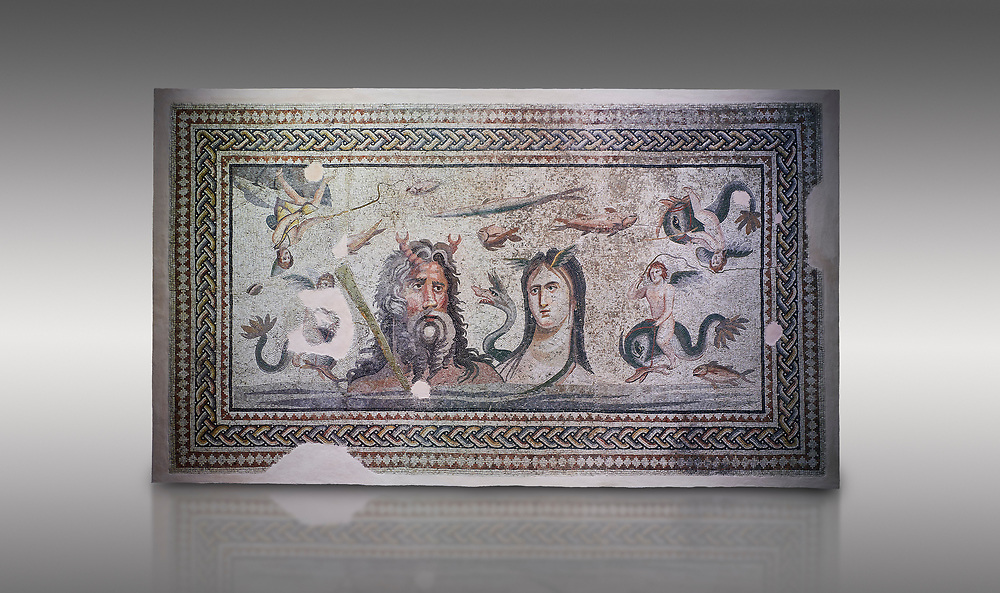