Avebury Neolithic standing stone Circle the largest in England, Wiltshire, England. Avebury is a Neolithic henge monument containing three stone circles, around the village of Avebury in Wiltshire, in southwest England. One of the best known prehistoric sites in Britain, it contains the largest megalithic stone circle in the world. Constructed over several hundred years in the third millennium BC, during the Neolithic, or New Stone Age, the monument comprises a large henge (a bank and a ditch) with a large outer stone circle and two separate smaller stone circles situated inside the centre of the monument.

Visit our PREHISTORIC PLACES PHOTO COLLECTIONS for more photos to download or buy as prints https://funkystock.photoshelter.com/gallery-collection/Prehistoric-Neolithic-Sites-Art-Artefacts-Pictures-Photos/C0000tfxw63zrUT4 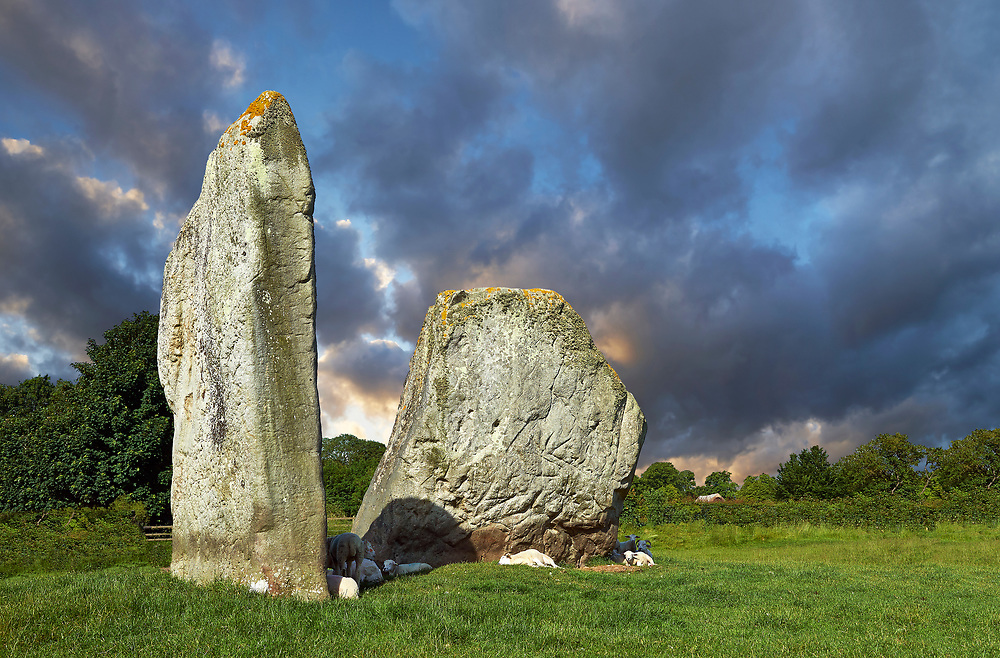