This type of statue is known as a burial gift from the Middle Kingdom in particular. Among the frequent examples, the Viennese hippo is one of the most striking. The animal is represented standing with its head extended forward. The plastic rendering of the plump body is astonishingly successful. Black lines indicate the eyes and the exposed teeth, but also the lotus flowers and a flying duck which indicate the marshy habitat of the animal. In the past, the hippopotamus formed a threat to the prehistoric inhabitants of the country as well as to agricultural produce. As a result of increased human habitation of the watery lands, the hippo was driven southwards and its numbers remained strong only in the south of the Nile Valley. The hippo hunt continued as a royal sport full of religious symbolism. The pharaoh's task was to ensure cosmic order and drive back the forces of chaos. In this role, powerful wild animals were just as important adversaries as human enemies. 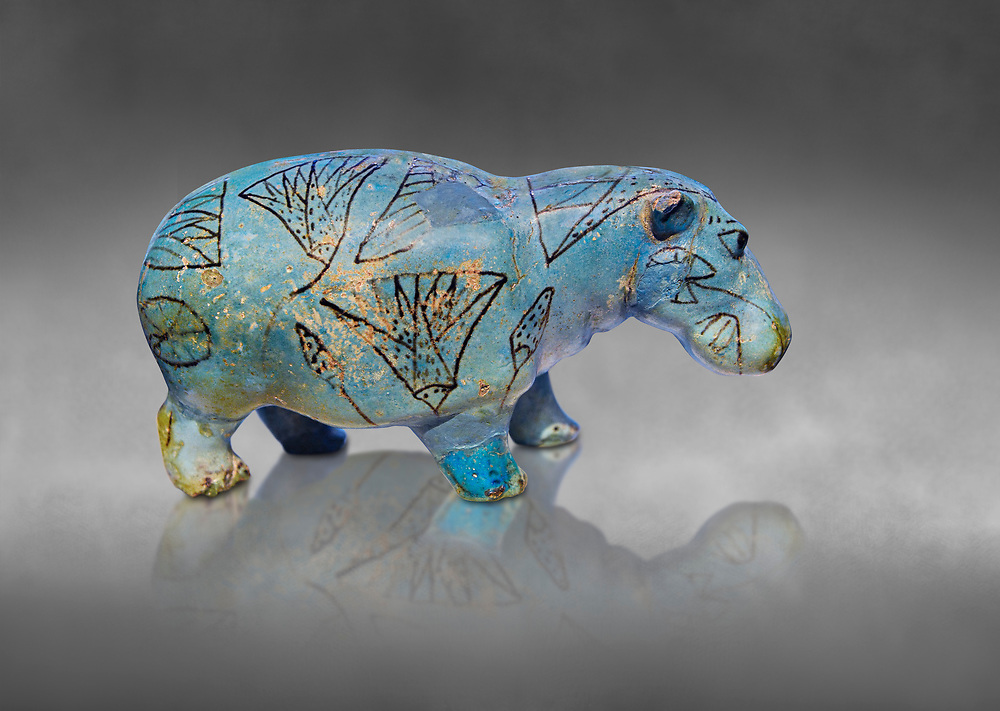