Close up detail picture of the Roman mosaics of the small hunt depicting deer being caught in a net trap, room no 24 at the Villa Romana del Casale, first quarter of the 4th century AD. Sicily, Italy. A UNESCO World Heritage Site. 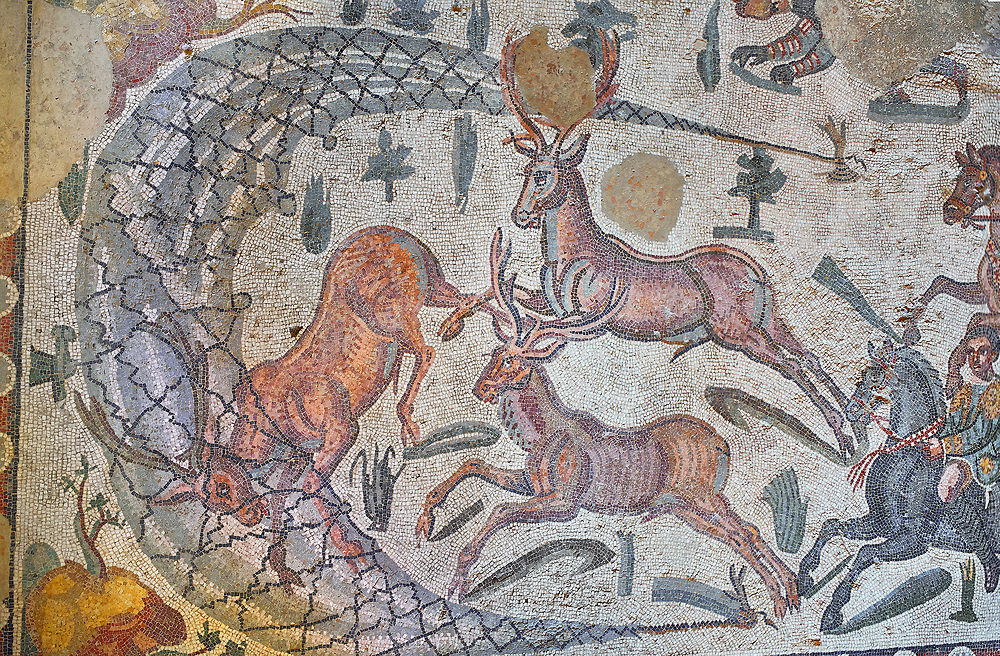