Sleeping Hermaphroditus, The Borghese Hermaphrodite. A Life size ancient 2nd century AD Roman statue sculpted in Greek Marble and found in the grounds of Santa Maria della Vittoria, near the Baths of Diocletian, Rome. It was added to the Borghese Collection by Cardinal Scipione Borghese, in the 17th century and was named the "Borghese Hermaphroditus”. It was later sold to the occupying French and was removed it to The Louvre. Hermaphrodite, son of Hermes and Aphrodite had repels the advances of the nymph Salmacis. However, she got Zeus as their two bodies are united in a bisexual being. The Sleeping Hermaphroditus has been described as a good early Imperial Roman copy of a bronze original by the later of the two Hellenistic sculptors named Polycles (150 BC) the original bronze was mentioned in Pliny's Natural History. In 1619 Bernini sculpted the mattress on which the ancient marble of Hermaphrodite lies. Louvre Museum, Paris. Wall art print by Photographer Paul E Williams .

If you prefer visit our World Gallery Print Shop To buy a selection of our prints and framed prints desptached with a 30-day money-back guarantee and is dispatched from 16 high quality photo art printers based around the world. ( not all photos in this archive are available in this shop) https://funkystock.photoshelter.com/p/world-print-gallery 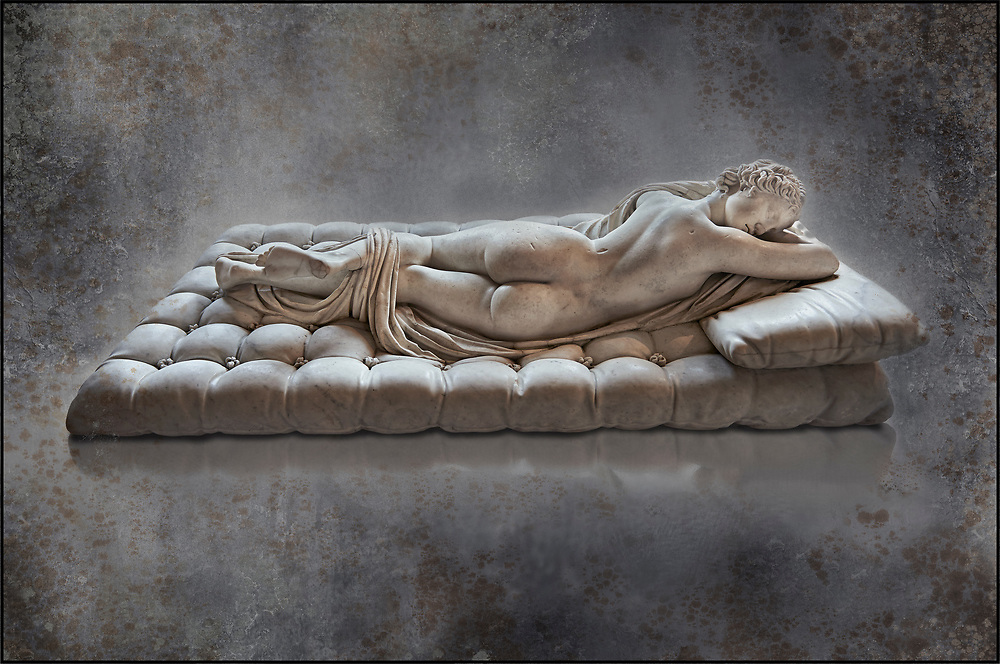