back to search results
Prev

One of the most beautiful towns on the Croatian coast is Trogir. Surrounded by water Trogir is an unspoiled medieval city with narrow streets leading to its medieval Cathedral of St Lawrence. The Romanesque porch has wonderful early medieval sculptures by the Croatian architect Master Radovan. From the Cathedral tower there is a picturesque view across the pan tiled roof tops of Trogir.

In the 3rd century BC, Tragurion was founded by Greek colonists from the island of Vis, and it developed into a major port until the Roman period. The name comes from the Greek "tragos" (male goat). Similarly, the name of the neighbouring island of Bua comes from the Greek "voua" (herd of cattle). The sudden prosperity of Salona deprived Trogir of its importance. During the migration of Slavs the citizens of the destroyed Salona escaped to Trogir. From the 9th century on, Trogir paid tribute to Croatian rulers. The diocese of Trogir was established in the 11th century (abolished in 1828; it is now part of the Roman Catholic Archdiocese of Split-Makarska) and in 1107 it was chartered by the Hungarian-Croatian king Coloman, gaining thus its autonomy as a town.

Trogir should be high on any visit to Croatia . 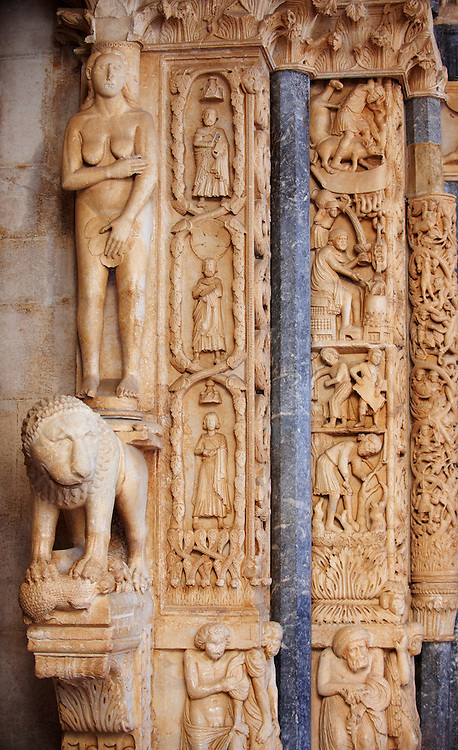