The half timbered gate house of the finest fortified medieval manor house in England built in the 1280s, Stokesay Castle, Shropshire, England . Stokesay Castle is one of the finest surviving fortified manor houses in England, and situated at Stokesay in Shropshire. It was largely built in its present form in the late 13th century by Laurence de Ludlow, on the earlier castle. Architecturally, Stokesay Castle is "one of the best-preserved medieval fortified manor houses in England", according to historian Henry Summerson.[1] The castle comprises a walled, moated enclosure, with an entrance way through a 17th-century timber and plaster gatehouse. Inside, the courtyard faces a stone hall and solar block, protected by two stone towers. The hall features a 13th-century wooden-beamed ceiling, and 17th-century carved figures ornament the gatehouse and the solar. 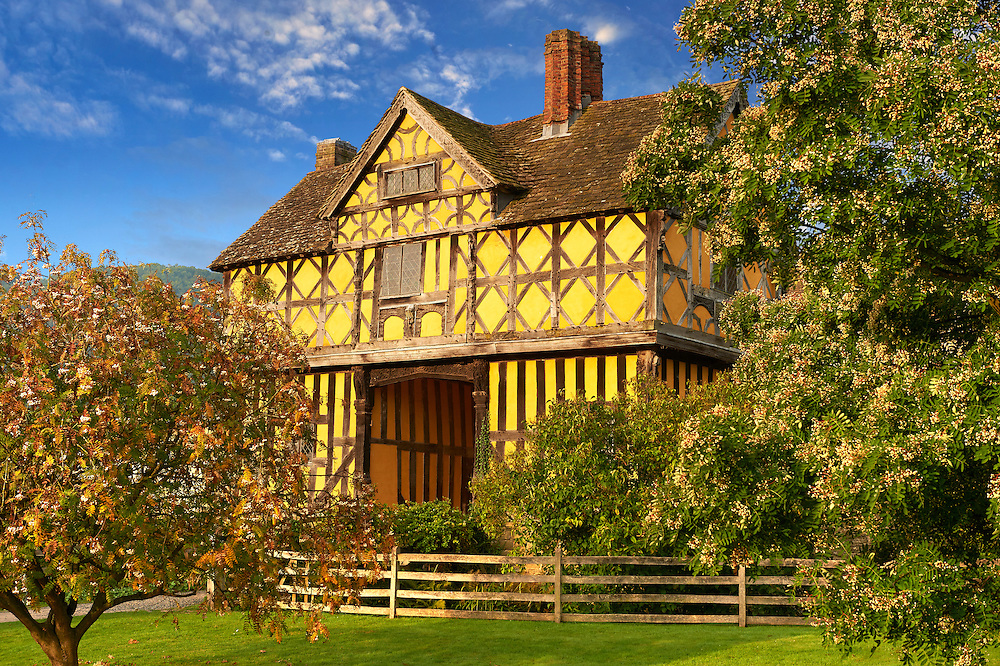