Wells clock made in 1390, the second oldest working clock in the world with the oldest original dials. The medieval Wells Cathedral built in the Early English Gothic style in 1175, Wells Somerset, England . Its Gothic architecture is mostly in Early English style of the late 12th – early 13th centuries. Building began about 1175 at the east end with the choir. Historian John Harvey sees it as Europe's first truly Gothic structure. Its Early English front with 300 sculpted figures, is seen as a "supreme triumph of the combined plastic arts in England". 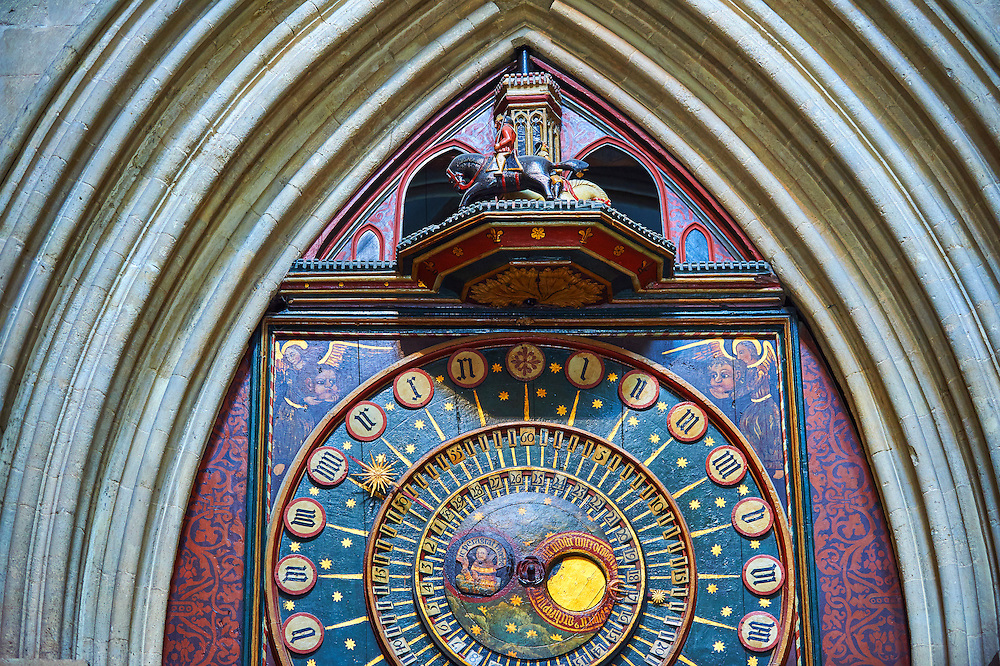