Roman statue of Athena (Roman Minerva) Sitting - from the Augustan period circa 63-43 BC the statue is a copy of a 5th century BC Greek original, found in a palace on the Via Marmorato off the piazza dell’Emporio, Rome. The statue represents the goddess Minerva, dressed in chiton and himation which covers her head. The face and neck, now lost, have been substituted by a plaster cast of the Athena Carpegna. The aegis with the gorge emblem on her breast have enabled the goddess to be identified as Athena, the Roman Minerva, genially depicted in the guise of a helmeted female warrior. Its remarkable size suggests that this was a cult image, although a hypothesis remains linking it to the temple of Minerva on the Aventine. The sculpture bears the hallmark of a second of the 5th century BC Hellenistic Greek statue made by Phidias. but uses different materials from the original which would have been in gold and ivory .National Roman Museum, Rome, Italy 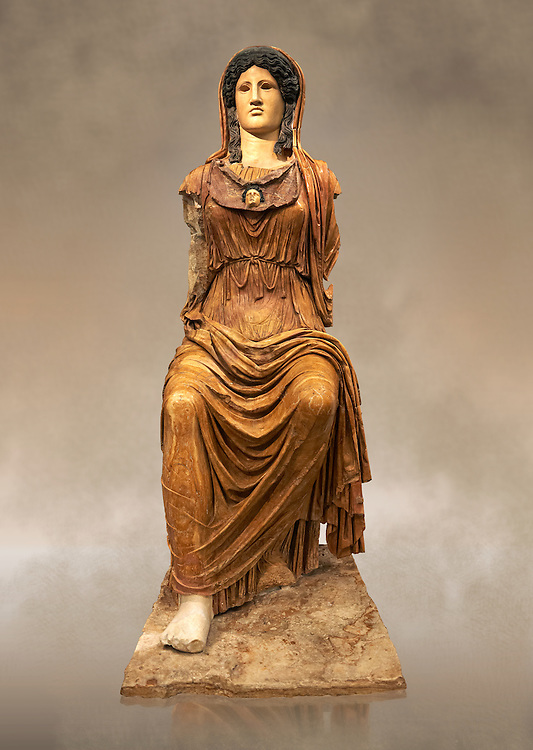