The corridor was a covered passageway that connected the two wings of the villa, partly straight and partly curved, following the shape of the central esedra. The elements that remain are from the inner walkway. The wall is divided by slender columns. Their capitals support female figures whose architectural function is in turn to support the columns of the superstructure. The female figures hold floral garlands that link them to one another. They may be meant to represent Caryatids, the women of Caria sold into slavery, who gave the name to female figures used as supports instead of columns. The most important part of the decoration is the small pictures in the upper zone: still lifes with masks from the theater alternate with imaginary landscapes, shrines, statues of divinities, little aedicula, and altars, the whole populated by figures of peasants, fishermen, and shepherds. The scene depicting a naval battle on the curved part may well refer to the battle of Actium that led to Rome's conquest of Egypt. . 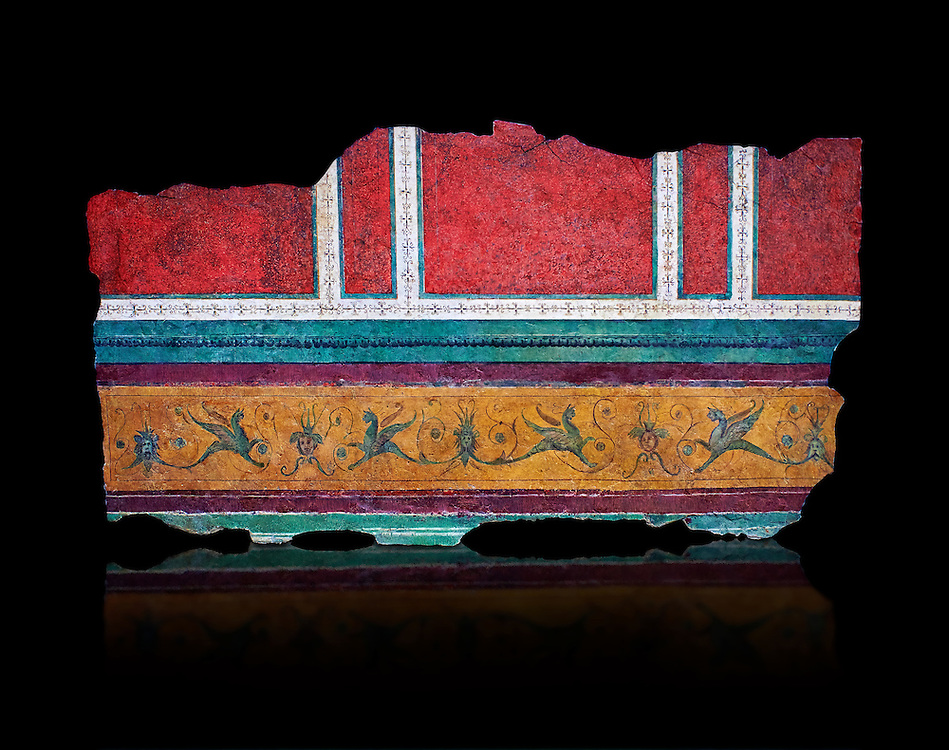