Nymph with a shell ( Nymphe a la coquille ) a 1st century marble statue from Italy which was part of the Borghese collection . Louvre Museum, Paris Cat No MR 309.
The Nymph with a shell statue was much admired in the 17th century and influenced such art its as Velasquez. The statue symbolises a carefree childhood and the fact that terracotta versions have been found in tombs suggests that the statue was associated with the injustice of death or of a rebirth. 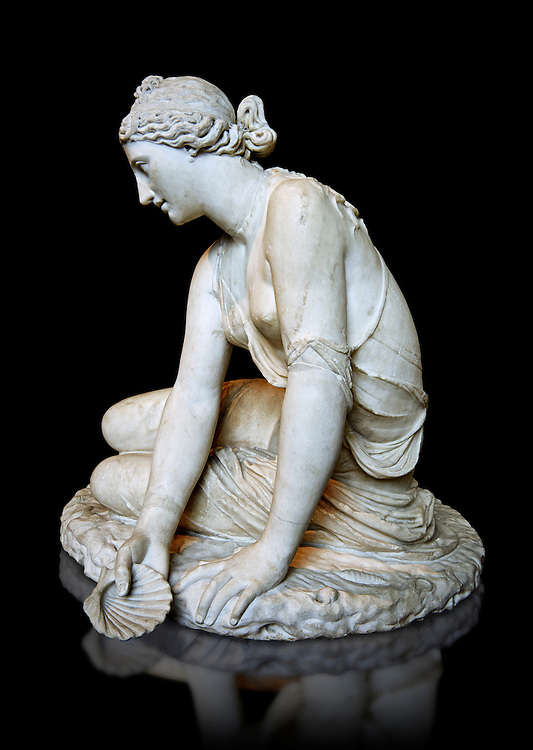