Roman sculpture bust of Gordian III made between 238 and 244 AD and excavated from Ostia. At the age of 13, he became the youngest sole legal Roman emperor throughout the existence of the united Roman Empire. Gordian was the son of Antonia Gordiana and an unnamed Roman Senator who died before 238. When the Persians under Shapur I invaded Mesopotamia, the young emperor opened the doors of the Temple of Janus for the last time in Roman history, and sent a large army to the East. The Sassanids were driven back over the Euphrates and defeated in the Battle of Resaena (243AD). In the beginning of 244, the Persians counter-attacked. Persian sources claim that a battle was fought (Battle of Misiche) near modern Fallujah (Iraq) and resulted in a major Roman defeat and the death of Gordian III. The National Roman Museum, Rome, Italy . 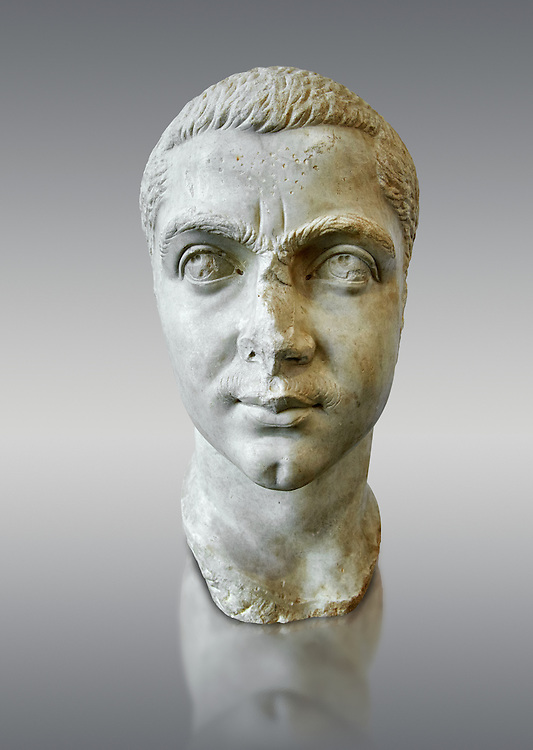