Arabesque Moorish architectureof the Patio de los Leones (Court of the Lions) of the Palacios Nazaries, Alhambra. Granada, Andalusia, Spain. . The Alhambra is a palace and fortress complex located in Granada, Andalusia, Spain. It was originally constructed as a small fortress in 889 CE on the remains of ancient Roman fortifications. The Alhambra was renovated and rebuilt in the mid-13th century by the Arab Nasrid emir Mohammed ben Al-Ahmar of the Emirate of Granada, who built its current Alhambra palace and walls. The Alhambra was converted into a royal palace in 1333 by Yusuf I, Sultan of Granada. The decoration of The Alhambra consists for the upper part of the walls, as a rule, of Arabic inscriptions—mostly poems by Ibn Zamrak and others praising the palace—that are manipulated into geometrical patterns with vegetal background set onto an arabesque setting ("Ataurique"). Much of this ornament is carved stucco (plaster) rather than stone. Tile mosaics ("alicatado") of The Alhambra, with complicated mathematical patterns ("tracería", most precisely "lacería"), are largely used as panelling for the lower part. . 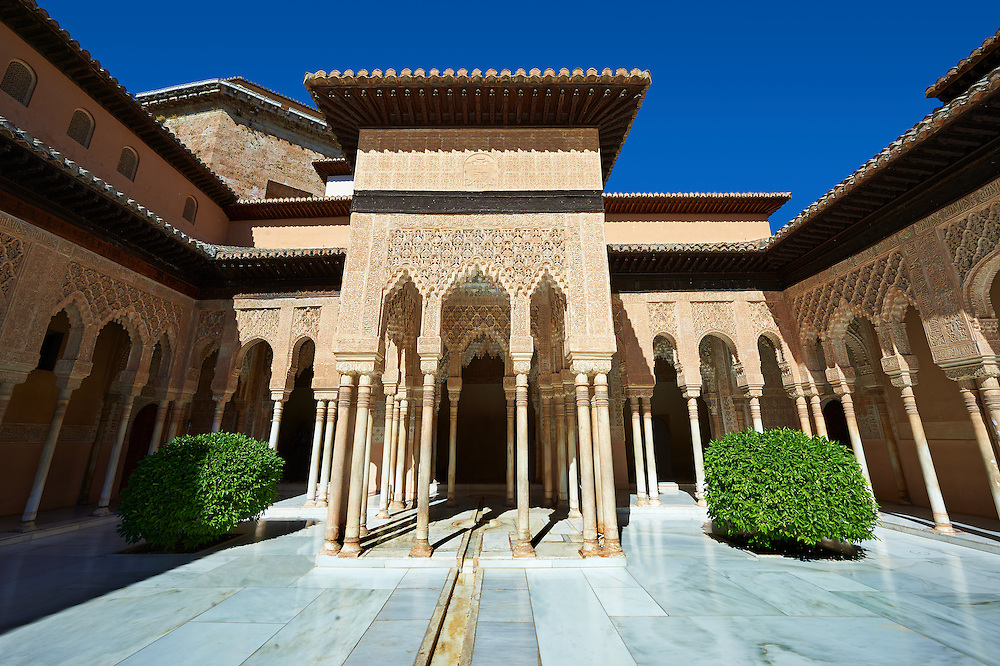