One of the earkliest known ancient Greek grave stele, from Tangra in Boeotia, 6th cent BC, Athens National Archaeological Museum, cat no 56. Against black.

This unusual funery stele was erected by Amphalkes on the grave of Dermys and Kitylos acprding to its inscription. The two dead youths were probably brothers and are depicted embracing each other. Dermys stands on the left and Kitylos on the right. Originally the stele would have been crowned by a sphinx. Sculpted in a Boeotian workshop during the first quater of the 6th century BC 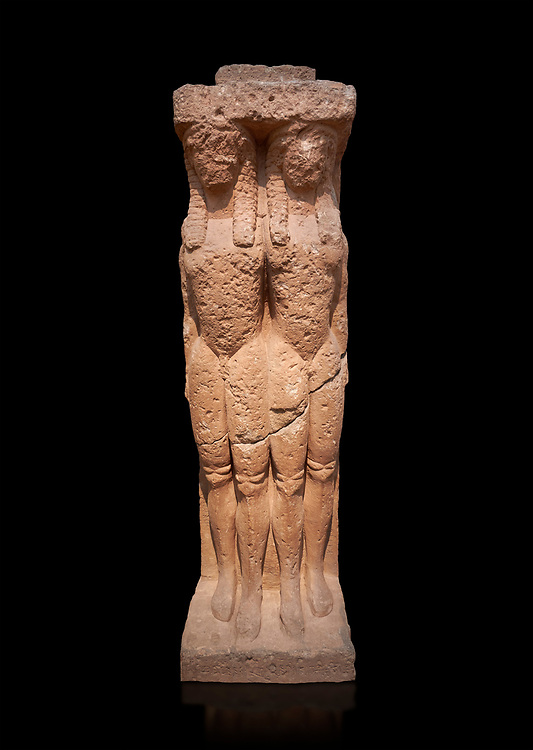