Medieval Corfe castle keep & battlements at sunrise, built in 1086 by William the Conqueror, Dorset England . Built by William the Conqueror, the castle dates to the 11th century and commands a gap in the Purbeck Hills on the route between Wareham and Swanage. The first phase was one of the earliest castles in England to be built at least partly using stone when the majority were built with earth and timber. Corfe Castle underwent major structural changes in the 12th and 13th centuries. In 1643 Parliamentary Forces sieged the Royal Corfe Castle but was unsuccessful. By 1645 Corfe was one of the last remaining royalist strongholds in southern England and fell to a siege ending in an assault. In March that year Corfe Castle was slighted (ruined) on Parliament's orders. 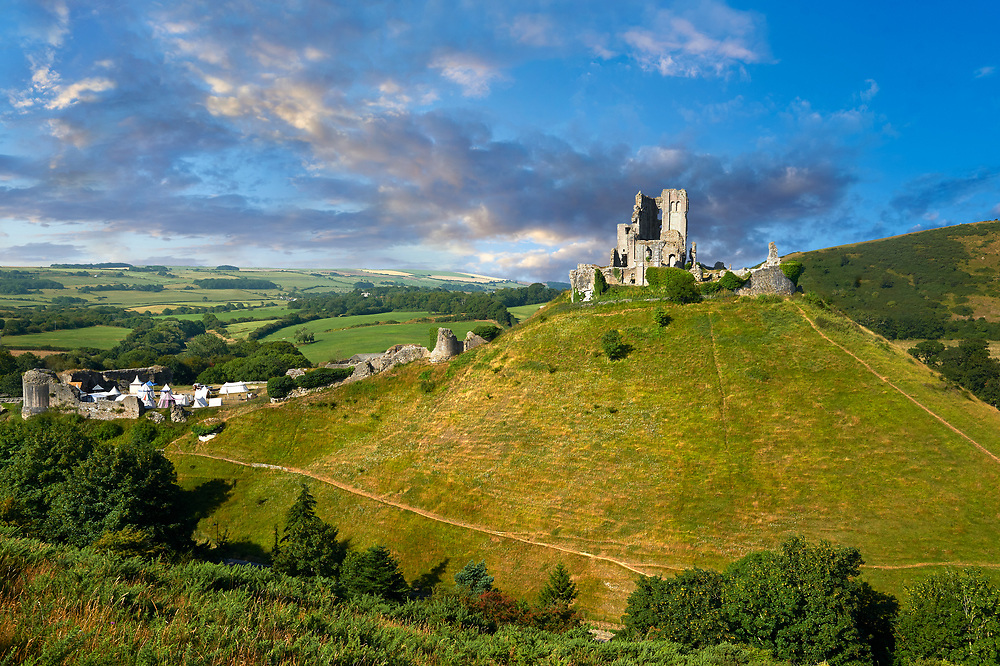