These early Christian terracotta tiles were mass produced thanks to moulds. Their quadrangular, square or rectangular shape as well as the standardised sizes in use in the different regions were determined by their architectonic function and were designed to facilitate their assembly according to various combinations to decorate large flat surfaces of walls or ceilings.

Byzacena stood out for its use of biblical and hagiographic themes and a richer variety of animals, birds and roses. Some deer and lions were obviously inspired from Zeugitana prototypes attesting to the pre-existence of this province's production with respect to that of Byzacena. The rules governing this art are similar to those that applied to late Roman and Christian art with, in the case of Byzacena, an obvious popular connotation. Its distinguishing features are flatness, a predilection for symmetrical compositions, frontal and lateral representations, the absence of tridimensional attitudes and the naivety of some details (large eyes, pointed chins). Mass production enabled this type of decoration to be widely used at little cost and it played a role as ideograms and for teaching catechism through pictures. Painting, now often faded, enhanced motifs in relief or enriched them with additional details to break their repetitive monotony.

The Bardo National Museum Tunis, Tunisia. Against a grey background. 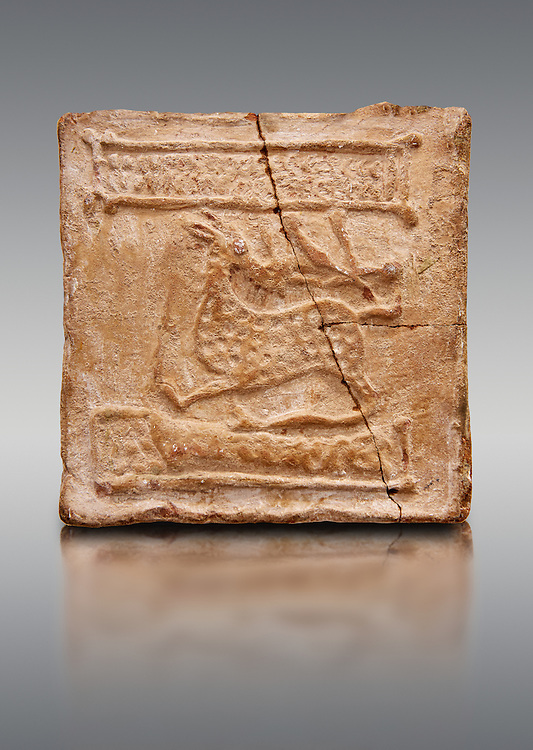