Close up picture of the Roman mosaics of the room of the Small Circus depicting Roman boys riding small chariots pulled by pigeons in a small circus, The Vestibule of The Smnall Circus, room no 41 at the Villa Romana del Casale, first quarter of the 4th century AD. Sicily, Italy. A UNESCO World Heritage Site. 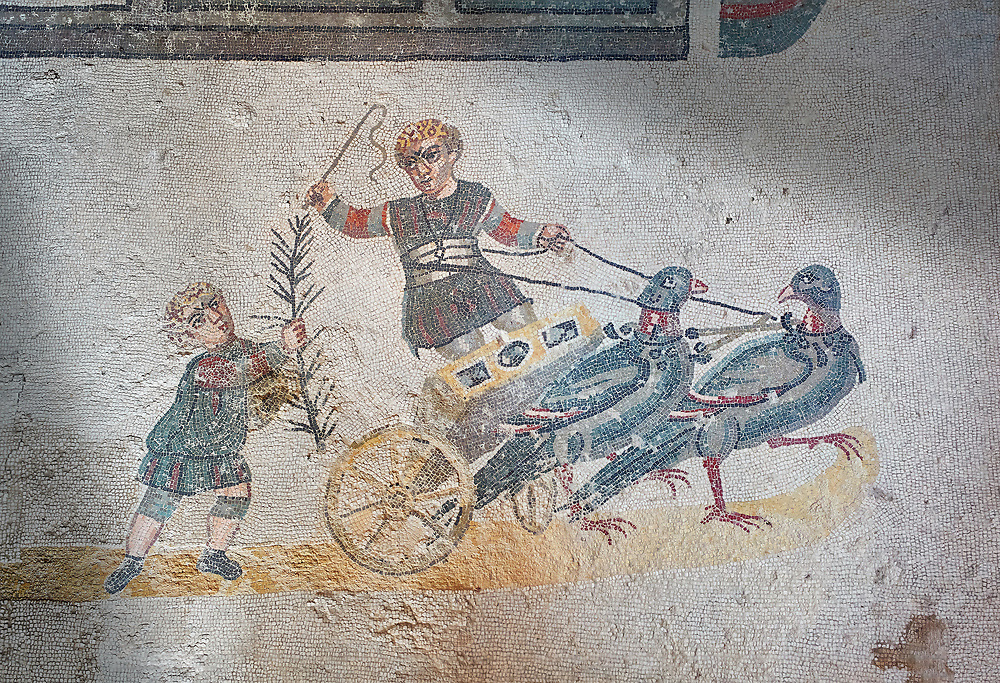