Greek statue of a Niobid from the Horti Sallustiani (Gardens of Sallust), a Greek original from the 5th cent BC found near the Via Collina and Piazza Sallustio, Rome. The wounded female figure whose back has been struck by an arrow is one of fourteen children of Amphion of Thebes and Niobe. According to myth, Niobe insulted Lato, mother of the divine Apollo and Artemis; “why ever should Lato, a women of common birth, with a coarse daughter and an effeminate son, be preferred to me, the niece of Zeus and Atlas, scourge of the Phyrigians and the royal house of Cadmus?.”. The vengeful Lato ordered Apollo and Artemis to kill Niobe’s children who were struck down with arrows. In antiquity the myth of the Niobids was the subject matter of numerous works of art. The statue , a 5th century Greek original, was used as an ornamental piece in the Horti Sallustiani (Gardens of Sallust), where it was found with other figures of Niobids, two of which are now at the Ny Carlsberg Glypotheck in Copenhargen. Originally it was part of a pedimental group which decorated the facade of a Greek Temple. Inv 72274, The National Roman Museum, Rome, Italy . 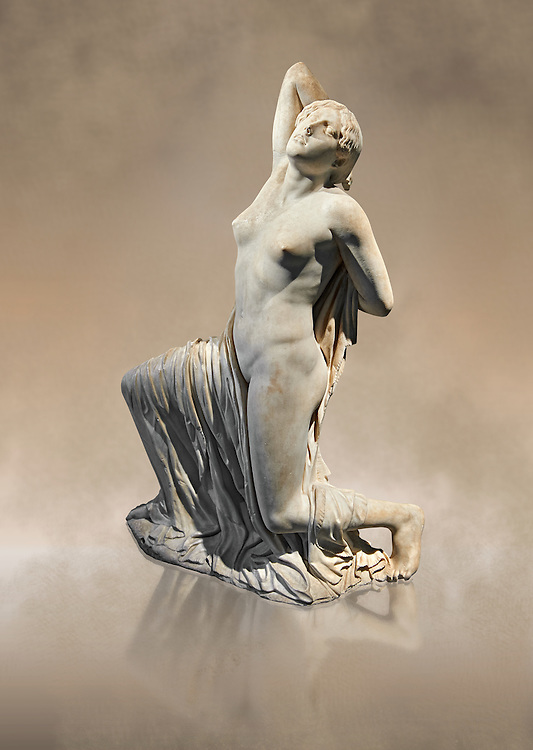