Venus de Milo ancient Greek statue of Aphrodite, circa 150 and 125 BC, Louvre Museum Ma399 or N527. Aphrodite is depicted hair in a bun with a headband, , half-naked, himation on leg. Marble height 204cm (6 ft 8 in). The sculpture is composed of two elements joined at the hips. Sully room 345.

Originally attributed to the sculptor Praxiteles, but now widely agreed to be the work of Alexandros of Antioch because of an inscription on the plinth.

Discovered in the ancient city of Milos on Milos Island Greece, The Venus de Milo is a Parian marble statue of a Greek goddess, most likely Aphrodite, depicted half-clothed with a bare torso. 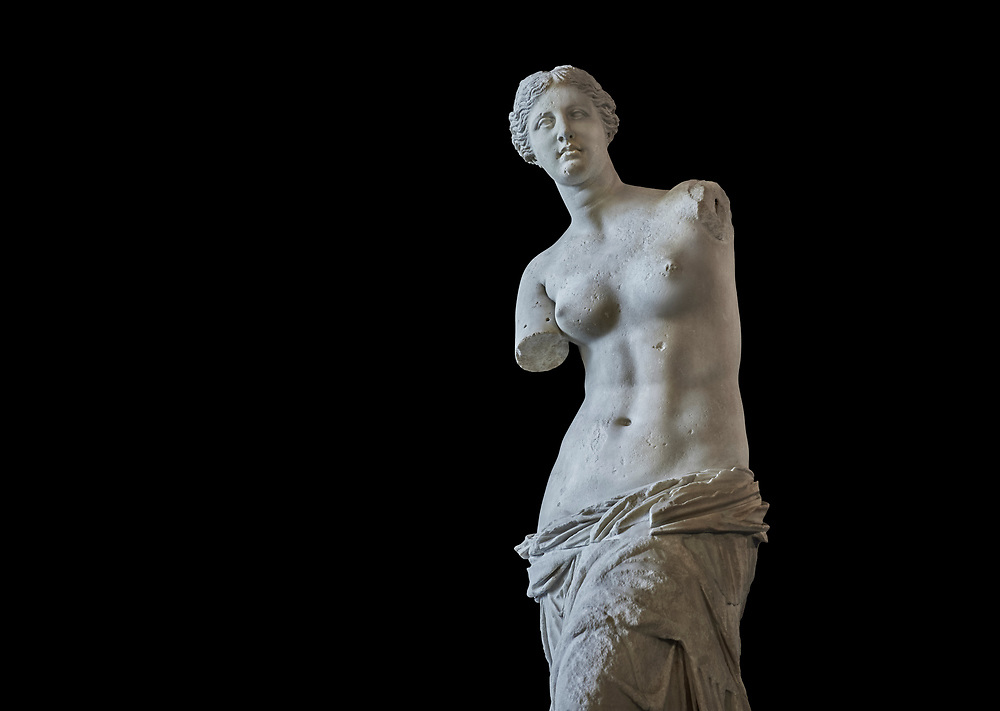