The piece was made, via the technique -called "three look" in the art of painting during the Hellenistic period. This technique was used by great painters as well. Da vincrs'Mona Lisa is an example for such paintings. With those characteristics, the piece has become the symbol of Zeugma and Gaziantep 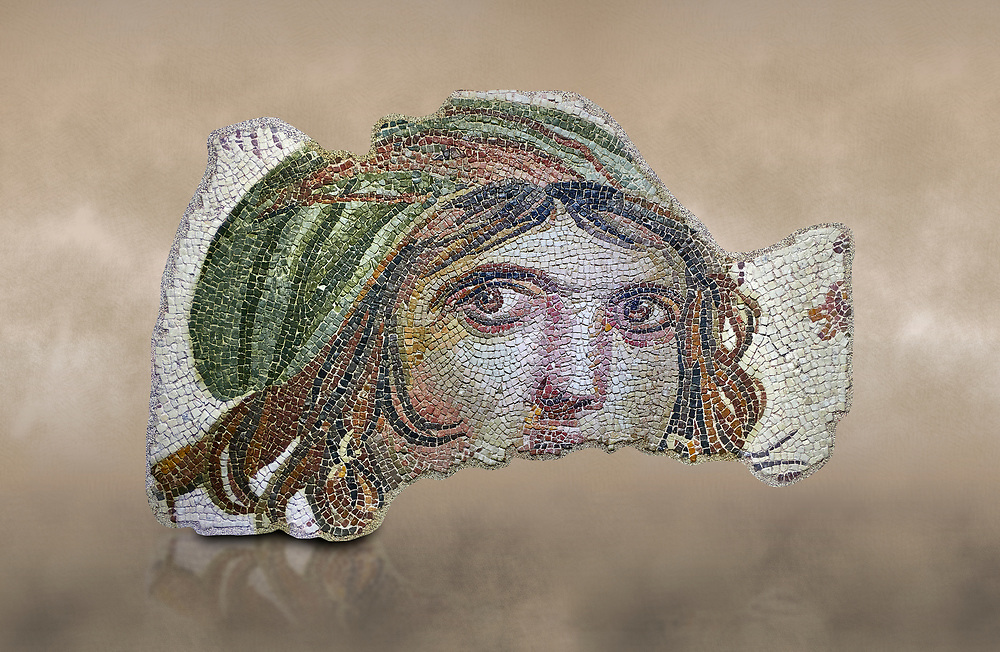